The power of biologically-inspired engineering and precision in medicine

Alcyone Lifesciences, Inc, based in Lowell, MA, is a privately-held company passionately committed to applying engineering and science to the fields of neuroscience and oncology to enable transformative therapies.

We are a team of scientists, engineers, administrators and businesspeople dedicated to building a world-class company that improves the lives of the millions of patients worldwide coping with oncolotic and chronic neurological conditions.

Through innovation, a commitment to excellence, and strong key partnerships, we develop tailored solutions to address treatments of complex cancerous and CNS disorders.

"We build technologies with one thing in mind - the patients. Our purpose is to tackle some of the most important and challenging problems of the brain and provide patient centric solutions to that."
- PJ Anand
Founder, President & CEO

Alcyone Lifesciences, Inc. was founded to address the unmet needs in treatment of chronic neuropathological conditions.

Alcyone plans to spin off Anuncia, Inc., a patient-centric company solely focused on the treatment of Hydrocephalus, with ReFlow™ as its first product. Learn More

Alcyone remains committed to developing breakthrough technologies for the treatment of CNS disorders. 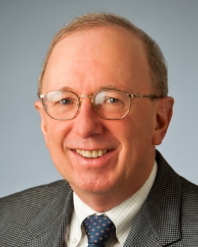 Edgar "Ned" Jannotta. Jr., worked for over 25 years in the private equity business. He spent 15 years at GTCR, where he served as Managing Principal and Co-Manager of the Healthcare Group. While he was at GTCR, the Firm invested more than $7.5 billion in private equity capital in over 100 companies.

Prior to GTCR, Ned spent 10 years as a Managing Director of William Blair Capital Partners, where he was responsible for leading private equity investments. Prior to William Blair, he served as a financial analyst at Solomon Brothers. Richard Upton was most recently the founder and President of Upton Advisors, LLC, a boutique investment bank serving middle market and emerging healthcare companies throughout the United States. Rich has been advising early stage and growth stage companies since 1992 both as a senior healthcare investment banker for Salomon Brothers and later as an independent adviser. Mr. Upton has completed engagements representing aggregate transaction values in excess of $5 billion.

Rich has served on the Board of Directors of six companies and helped start four companies. He currently serves on the Boards of Avantra Biosciences, Castlewood Surgical, and Carmell Therapeutics, and previously served on the Board of Home Diagnostics, Inc. (NASDAQ: HDIX - acquired by Nipro Corporation). Rich is a member of the Investment Committee of the New Hampshire Charitable Foundation, and is former Chairman of The Pine Hill Waldorf School. Mr. Upton is also a founding member of Northeast Angels, an early stage angel investing group based in southern New Hampshire. Rich received his MBA degree from The Darden School at the University of Virginia and a dual BA degree in Economics and English from Amherst College. David H. Donabedian, Ph.D., will serve as Chief Executive Officer of Axial and will also serve on its Board. Dr. Donabedian is an accomplished business development and strategy executive with extensive leadership experience. David has a track record of building companies, most recently as a Venture Partner at Longwood Fund.

Prior to joining Longwood, David has held various leadership roles at biopharmaceutical companies including AbbVie and GSK. At AbbVie, David served as Vice President & Global Head of Ventures and Early Stage Collaborations where he led a global team that completed significant transactions across multiple therapeutic areas and stages of development. Prior to AbbVie, David served as Vice President Global New Deal Strategy and Development at GlaxoSmithKline, and Senior Manager at Accenture’s Strategic Services Consulting Group. Dr. Cameron Durrant is the Chairman and Chief Executive Officer of Humanigen, since March 1, 2016. He was elevated to that position after serving on the board of directors starting January 7, 2016.

Dr. Durrant's expertise and business career has revolved around transformations, whether for brands, business units, or small companies. He has particular therapeutic experience in infectious diseases, pediatrics and oncology - coupled with experience as a practicing physician.

He has served as board chairman, lead independent director and as CEO for several specialty pharma or biotech companies in both the private and public sector. He has been involved in several exits and has raised significant funding from a variety of sources.

He is currently a founding director of a private nanotech oncology company, Bexion Pharmaceuticals, a board member of Immune Pharmaceuticals, a publicly traded immuneoncology biotech, and on the board of two private medical device companies. Dr. Durrant is also founder of the start-up Taran Pharma Limited, a private, semi-virtual specialty pharma company developing and registering treatments in Europe for orphan conditions

Previously, Dr. Durrant was president and CEO of ECR Pharmaceuticals and a corporate officer of Hi-Tech Pharmacal; and the founder, Chairman, CEO and CFO of PediatRx, Inc., which marketed therapies for pediatric care, orphan conditions and oncology supportive care.

His career has been built on extensive experience - including commercial, P&L, US and global responsibilities - as an operating executive at blue-chip pharmaceutical companies. Dr. Durrant has been President and CEO of PediaMed Pharmaceuticals, a company focused on bringing important medicines to children in the US; and held senior executive positions at Johnson & Johnson and Pharmacia. He also had earlier roles at GlaxoSmithKline and Merck.

He is a prior regional winner of the Ernst and Young 'Entrepreneur of the Year' award.

Dr. Oesterle is a venture partner at NEA and serves as a consultant to the Temasek Holdings healthcare group and EQT Partners. He serves on multiple boards in the medtech space and is a Director at Baxter, International. He was formerly SVP for Medicine and Technology at Medtronic, and a member of its Executive Operating Committee for 14 years. He oversaw long term internal technology investments while participating in strategic corporate investments in emerging private companies. He also served as a member of Medtronic's Business Development and Strategy Committee that approved all corporate acquisitions. During his tenure at Medtronic, Steve served on more than 20 boards as a director or observer.

PJ Anand is the founder of Alcyone Lifesciences, a company focused on novel treatment modalities for chronic neuropathological conditions and serves as its President and CEO with over 25 years of experience in life science industry. PJ also is a cofounder and Executive Chairman of Arthromeda, Inc., a company focused on orthopedic patient specific implant medicine. PJ is a recognized expert in translating academic research into clinical value propositions and in the area of convergence. Prior to founding Alcyone Lifesciences and Arthromeda, PJ was a founding executive member of Arsenal Medical (now Arsenal Medical, Arsenal AAA, LLC and 480 Biomedical).

As Executive Vice President of Corporate Development, PJ was responsible for leading Arsenal's corporate strategy and business development activities including technology inlicensing, out-licensing and strategic alliances. In preparation for this role, PJ served as the Company's Vice President of Business and Commercial Development and working closely with Arsenal's technology visionaries, operational team and founding scientists played a critical role in creation of Arsenal's & 480's platform and product portfolio as well as executing on key strategic alliance transactions.

Prior to joining Arsenal in 2005, PJ, served as Vice President & General Manager of Spire Biomedical, Inc., a division of Spire Corporation (NASDAQ: SPIR).where he was responsible for establishing a medical products business unit. While at Spire, PJ was responsible for R&D, sales & marketing and business transactions. In addition, PJ Anand was chiefly responsible for identifying and in-licensing the seminal technology for the company as well as executing major transactions with medical device companies that resulted in several million dollars of non-dilutive revenue for the company. PJ Anand has also served as head of business development for Toxikon Corporation, a preclinical CRO based out of Massachusetts.

PJ Anand has several patented & patent pending inventions and scientific publications to his credit and serves as mentor to several young entrepreneurs. 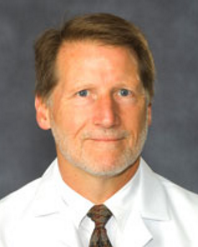 *The Alcyone MEMS Cannula (AMC™) System, a neuro-ventricular cannula, has US Food and Drug Administration (FDA) 510(k) clearance, Health Canada Licensing, and CE Marking. It is indicated for use in the U.S. and Canada for the injection of Cytarabine or the removal of cerebrospinal fluid from the ventricles of the brain during an intracranial procedure, and approved in Europe for injection or removal of substances from the brain and/or ventricles of the brain during intracranial procedures. The AMC is a dual-lumen, MR-compatible injection and aspiration cannula and can be used with existing commercial imaging and stereotactic systems. The AMC is not intended for implant, and it is intended for single patient use only.

** The Pulsar System is not yet available for commercial use and has not yet been cleared by the FDA.